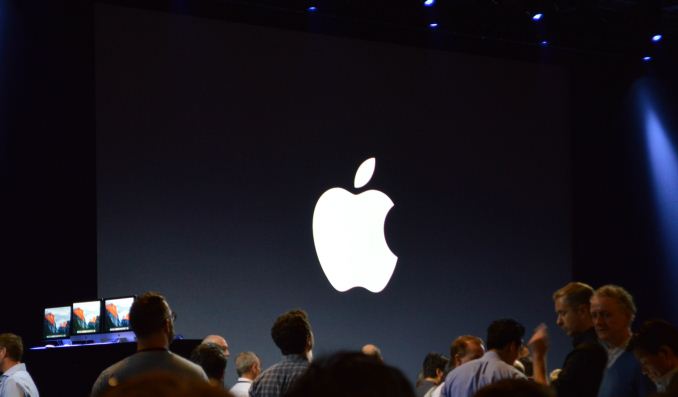 You’ve decided to wrap your idea into the iOS app, but don’t want a negligent developer to ruin the project and turn it into a waste of time and money? Here are a few quick tips how to understand if a developer is really good or not.

Check out his portfolio

This is a standard practice, but I still want to highlight it here. Ask the iOS developer you’re hiring to show a few pieces from previous work. They should be available on the AppStore. It’d be great if the developer you’re reviewing has projects similar to yours, but in general it’s enough if a developer has a few large projects in his portfolio.

If you’re browsing freelancers’ profiles, pay attention to feedbacks left by previous employers and the total feedback score. On Upwork the job success score shouldn’t be less than 95-97%. It’s perfect if a freelancer maintains 100% JSS and also have Top Rated badge.

No Objective-C, only Swift

This sounds rude to someone who still codes in Objective-C, but I believe that language should not be used for a new project. It’s a plus when a developer knows Objective-C, but if he’s going to pick Objective-C as a main language for your project, it’s a red flag. Most likely he doesn’t want to learn new things or he still thinks Objective-C is better than Swift (which is not true).

An importance of communication between you and a developer could hardly be overestimated. During the initial conversation a good iOS developer always tries to know more about a project, asks questions and suggests improvements. He’s not only focused on the app, but also cares about your business and finds ways how to increase your revenue by using the app as one more source of customers. For example, I always ask about monetization model the future client is going to choose. If I see that subscriptions could potentially make more revenue than regular In-app purchases, I let my client know about that and we discuss that further.

In other words, simple “Yes, I can do that” is not enough! ⚠️

We (iOS developers) use open-source libraries and frameworks all the time in our daily routine. If a freelancer you’re hiring has his own open source projects or he’s a contributor to another open source project, then he’s not a low-budget monkey coder. At least he’s willing to share his knowledge with others and he’s not afraid of that. That means a lot.

How to check whether an iOS developer is open-source contributor? Simply google his name along with “github” word, like this: “andrey gordeev github” or ask him to give you his GitHub page. 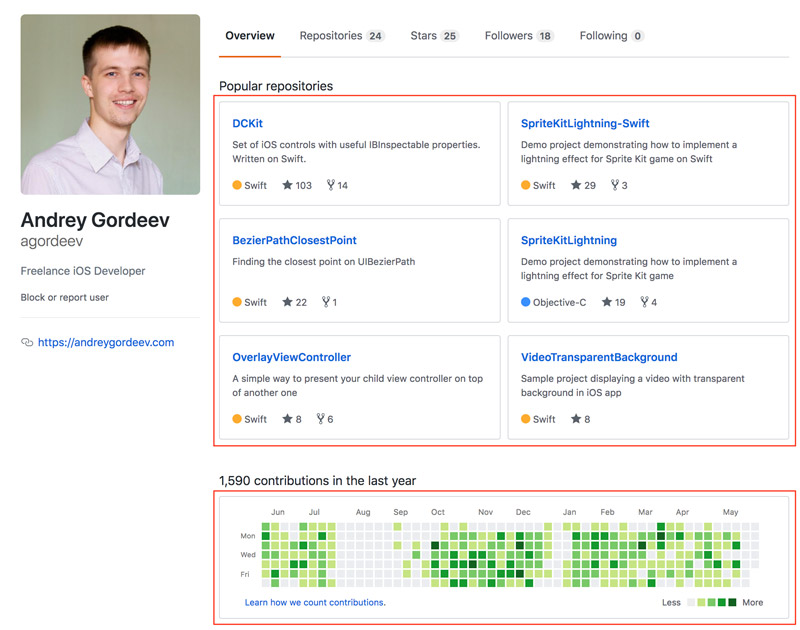 The first block shows the most popular open-source projects a developer has: more high-starred projects is better. The second block shows how the user was active during the last year. On the graph above you can see that I took my vacation in August 😄

Also, please note that answering on Stackoverflow, Quora and Reddit is a kind of open source contribution too. Having a sustained profile on such websites shows that a developer is advanced enough to solve problems on the fly and answer the questions of other developers.

Hint: Find someone to examine candidates

Some time ago I was approached to select a right candidate for iOS project. The project owner was wondering how to select the best candidate to fit his budget and asked me to help with that. He suggested to create a list of iOS-related questions and a simple coding task for possible candidates. So I did that and gave that to him. He made a job posting, collected the results and gave them back to me. I examined the results and rated each candidate based on his answers and the coding task result. The project owner made his final decision based on the rating I’ve provided.

This is a good option for someone who doesn’t need a top notch developer, but rather a medium or low budget to test out the idea.

A good iOS developer should: