Animating CustomPainter is easy. We just need to repaint the whole canvas on each AnimationController.value change.

Banner widget is a great thing to inform users about the environment in which the application works. For example, we want to show BETA or TESTFLIGHT ribbon for beta builds, just like the default DEBUG banner warning is displayed when the app is built in debug mode.

Why Flutter is better than Xcode/Swift for iOS development

I know the headline is misleading: Flutter is a framework, and Swift is a programming language. It should be “Why Dart/Flutter is better than Swift/Standard iOS SDK”. In this article I’m comparing Flutter with a classical way to develop iOS apps: using Xcode, Swift and iOS SDK.

How to hire a good iOS developer

You’ve decided to wrap your idea into the iOS app, but don’t want a negligent developer to ruin the project and turn it into a waste of time and money? Here are a few quick tips how to understand if a developer is really good or not.

Save AVPlayerItem and play from cache in iOS

Let’s say we want to play a track from the server using AVKit’s AVPlayer. However, it’d be quite expensive to download the track over and over again. To reduce network traffic and preserve iPhone’s battery it’s better to cache the downloaded track on the user’s device after it’s downloaded in the first time. As we know, reading from disk is much cheaper in terms of resources than downloading a file over the network.

One day you face a cruel reality: you need to create a lot of In-app purchases (IAPs) on iTunes Connect. You could do that manually, but, obviously, that’s not an optimal way. Why suffer if we can automate this? We’re developers, after all.

Displaying a video with transparent background in iOS app

Then I thought: SpriteKit has SKActions, which could handle both sprite sequence animation and sounds! The idea was great, I quickly implemented a prototype of the scene, but it was declined either. The point is we have a large sequence (~70 pieces) of large sprites (~1400px X 1100px). So each sequence frame ate (1400px * 1100px * 8 bits/channel) / 1024*1024 = 10.68 MBytes of RAM. 70 pieces took more than 700 MBytes, which was unacceptable for older iPads. SpriteKit wasn’t a good option in my case.

Apparently, video would fit our needs better, as we want to play both rich animation and sound. The only problem was to have the video with transparent background somehow. As you will see, this is possible and works just great.

How to create overlay view controller using protocols in Swift

All of us sometimes need to display overlay views in our iOS apps: informational or error messages, confirmation screens and so on. Usually I use child view controllers for that, and I have to write the boilerplate code of adding and presenting overlays all the time. It’s definitely a field for optimization!

Reusing a view controller between screens

Finding the closest point on UIBezierPath

In this article I’m going to cover how to find the closest point on UIBezierPath for an arbitrary point on the plot. I have found a theoretical basis of the implementation in a great material about Bezier paths: A Primer on Bézier Curves - Projecting a point onto a Bézier curve. It explains how to find the projection of a random point onto a curve with using lookup table approach. Lookup table is a sequence of points along the path. Also the author provides a JavaScript implementation using his own library. Recently I’ve released iOS social network app template called Socium. Here I’d like to share with you my knowledge learned from developing it.

How to get Parse Background Jobs on Parse Server using kue

One of important features missing in Parse Server is background scheduled job functionality. In this doc Parse Team recommends us to use kue for this purpose. Well, let’s check it out!

kue is open source Node.js module, developed for managing a priority job queue. However, it doesn’t allow to schedule jobs out of the box, so we’ll need another utility called kue-scheduler for this. Both of them are easy to install and use. 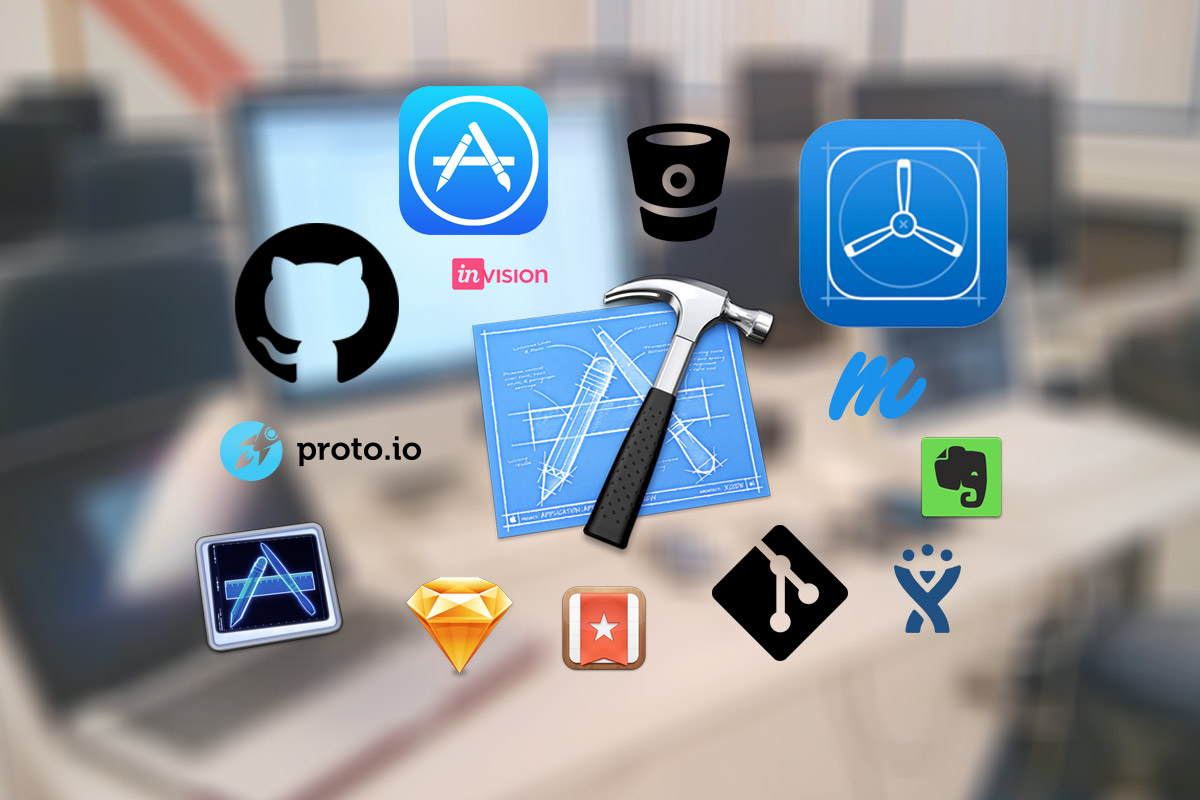 I’ve been freelancing for a few years and working with many people, who need to bring their brilliant idea of iOS app to life. Unfortunately, not all of them know how to organize things and do a good project management. This knowledge is very useful for iOS project of any size, it saves your time, your nerves and your money.

In this article I’d like to point few common mistakes and give a few tips how to do better.

I keep looking for ways of making the process of creating iOS apps a bit simpler and faster. I’m also trying to avoid code related to UI elements as much as possible, and move this effort to Xcode Interface Builder. Fortunately, Xcode offers some nice possibilities for this.

I created a useful set of UI controls called DCKit. They use IBInspectable/IBDesignable features Apple introduced earlier in Xcode 6. DCKit gives you much more powerful controls than a standard UIButtons/UITextFields etc. Using DCKit you would be able to modify a control’s properties, which are not exposed to Interface Builder in usual cases.

Have you ever tried to implement such effect as lightning for your iOS game? In this article I’m going to describe three ways I found to create a lightning effect with a decent quality: